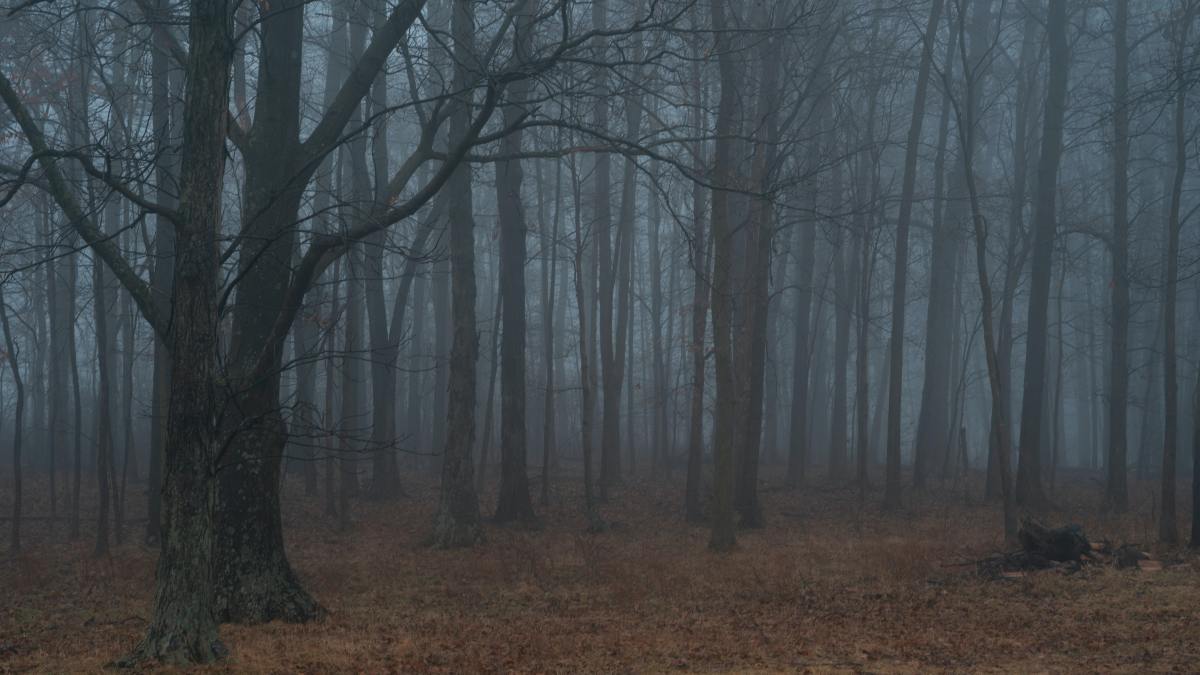 Day 472600-ish. The walls are closing in. I have checked the fridge for the 800th time today, don’t know why, I’m not hungry. I seemed to have broken my account on Youtube as it now only recommends metal smelting videos and Animal Crossing memes. Even though I live in Japan and don’t need to self-isolate, I thought I’d do the responsible thing and do it anyway. Although, I’m starting to crack and wonder what’s the worst that can happen if I go out and have fun…

Luckily, the paid-for service Netflix, and 123movies.com (if you enjoy breaking the law) are here to scare the crap out of us and make us think twice about going outside! Here are my must-watch, stay the F**k indoors movies! 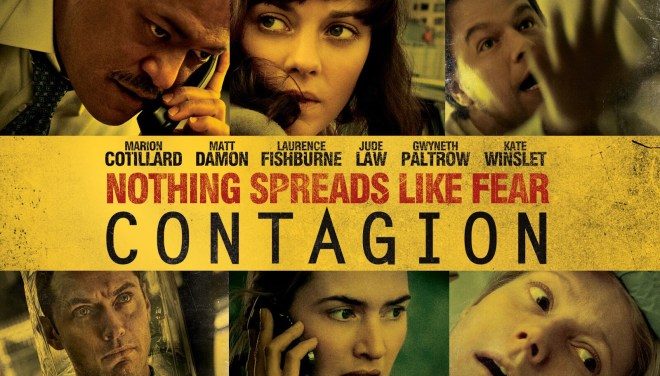 Let’s start with the epic foresight movie Contagion. The origin of the virus, the corruption and cover-ups that help it spread, the lack of protective equipment and, the lies and misinformation spread by people seeking to capitalize on the suffering of others. I mean seriously, either the director is a psychic or someones hiding a time machine.

A killer virus is spread around the world and we see how virologists, countries, and the public deal with the outbreak. It stars Matt Damon, Kate Winslet, Lawrence Fishburne, Jude Law, Bryan Cranston, and Gwyneth Paltrow… who dies in the first ten minutes. I mean what’s not to like? 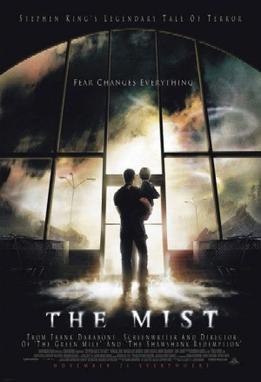 There are films out there that I like to call “fuck you, films”. As much as you like the story, the actors, or the concept, these films will always make you feel as if the movie (that you have just invested two hours in) gave you the middle finger right at the end. The Mist is one of these films.

David Drayton, our main character takes his son into town to get supplies when a mysterious mist rolls in, trapping our heroes in the store. It becomes very clear that there are some kind of creatures in the mist, but, that’s nothing compared to the crazies that they are stuck in the store with.

Just in case you lived under a rock throughout 2018, a mysterious force starts wiping out humanity in very quick succession and it becomes apparent that if you see “it” you will die by killing yourself horrifically. It spares no one, except the criminally insane. This means that while fighting to not see a killer entity, Sandra Bullock needs to keep one eye open for psychopaths.

Its gripping, suspenseful, and will have you screaming at your TV “DONT TRUST THAT GUY!” “NO DONT LET HIM IN!” “Oh for god sake!” 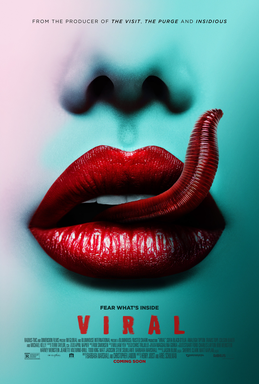 You know the story by now. Rumblings of a new virus circulates and nobody listens. A lockdown and a mandated quarantine (which nobody listens to, again) is set by the government. A house party happens, and all hell breaks loose. Only this virus involves worms… And Machine Gun Kelly! Have fun with that. 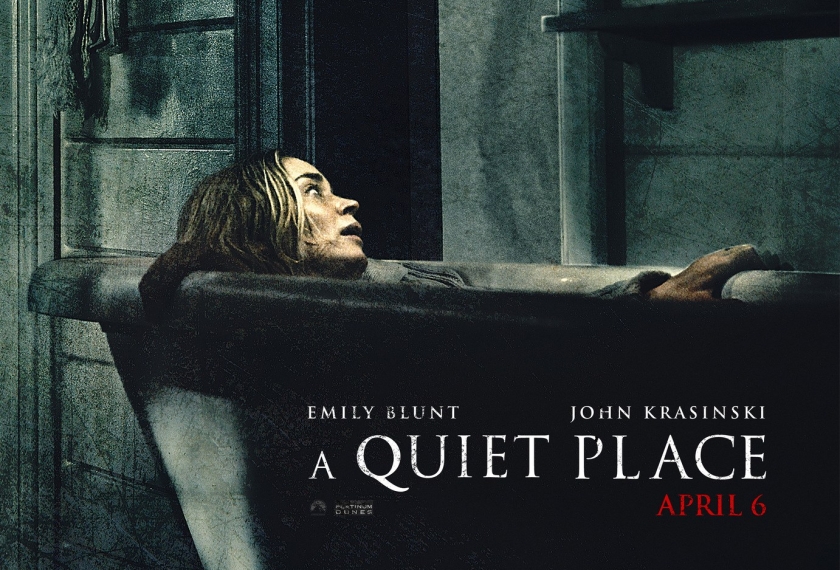 Could you imagine having to remain silent your entire life? Everyone that you live with, all of your loved ones forced to remain quiet? Unable to talk, unable to make any noise at all. Sounds like heaven, I know! But apparently, this is a horror film. Might have something to do with the 8ft, bullet withstanding monsters that kill anything that makes the slightest noise. Emily Blunt was amazing in this film. 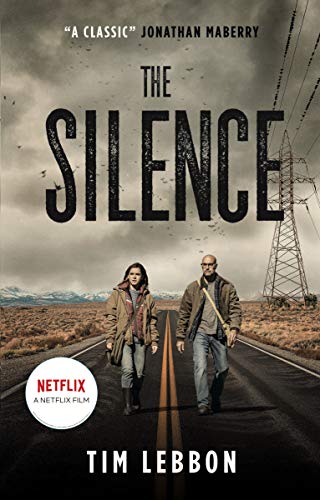 Same thing as A Quiet Place, but with bat monsters, and Stanley Tucci. STANLEY TUCCI! What other reasons do you need to watch this film. 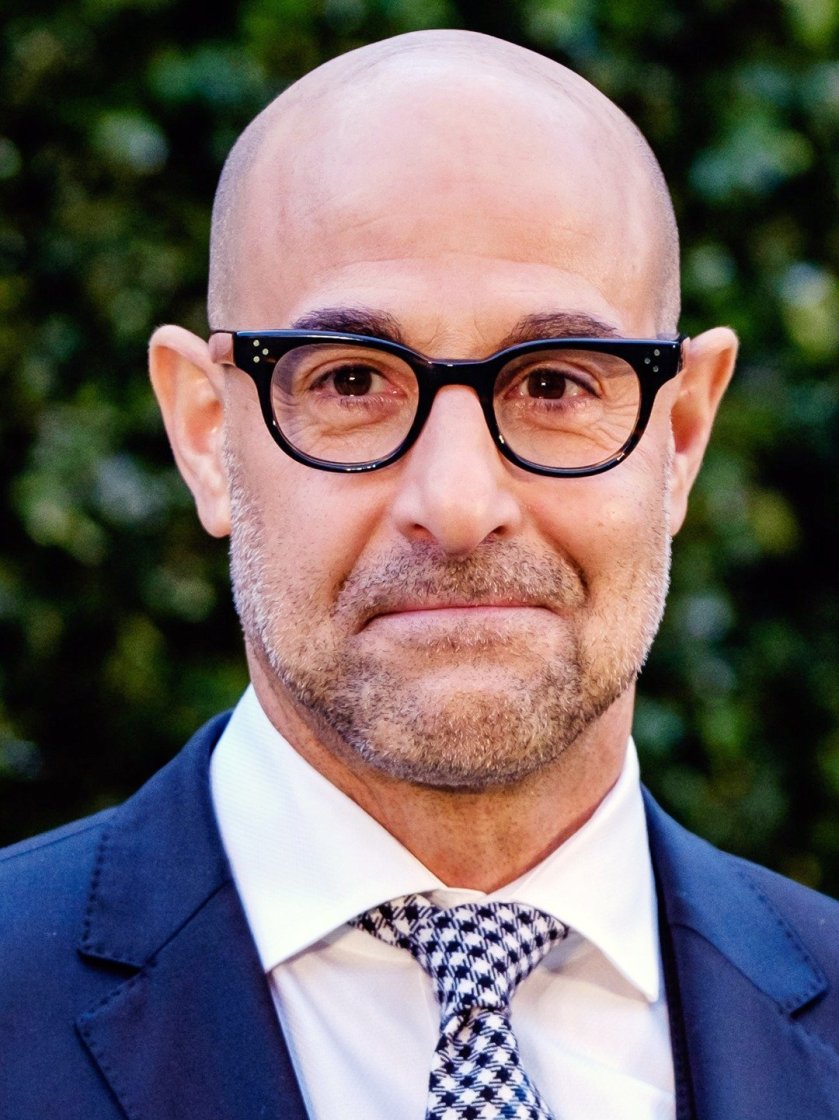 Pulled from a car and forced to remain in a deranged man’s house. Mary Elizabeth Winstead has to put up with a crazed doomsday prepper telling her that the outside is uninhabbitable after an appocolyptic event has wiped everything out. Is he deranged? Is he telling the truth? Is this film related to Cloverfield? You’ll have to watch to find out! 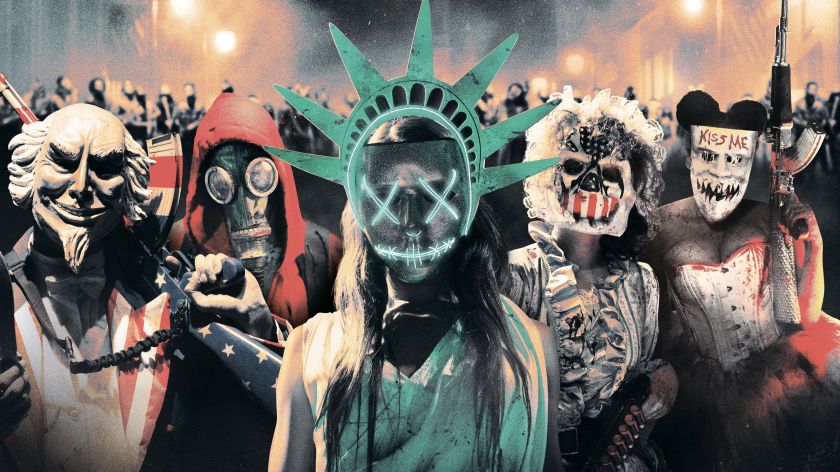 America is at a crossroads. There’s too many people and not enough money. The dregs of society are pulling down the economy and the poor are taking money from the government (undeservedly). The super-rich are not making as much money as they should be and something needs to be done. There needs to be a final solution that would end this scourge of mediocracy.  Now, in the UK you would vote conservative, but in James Demonico’s America you get one night a year to “Purge” and let the poor take care of themselves. There are four films and a TV series. Just watch every one! You will not regret it!

One thought on “Netflix & Quarantine| Stay The F**k Indoors”