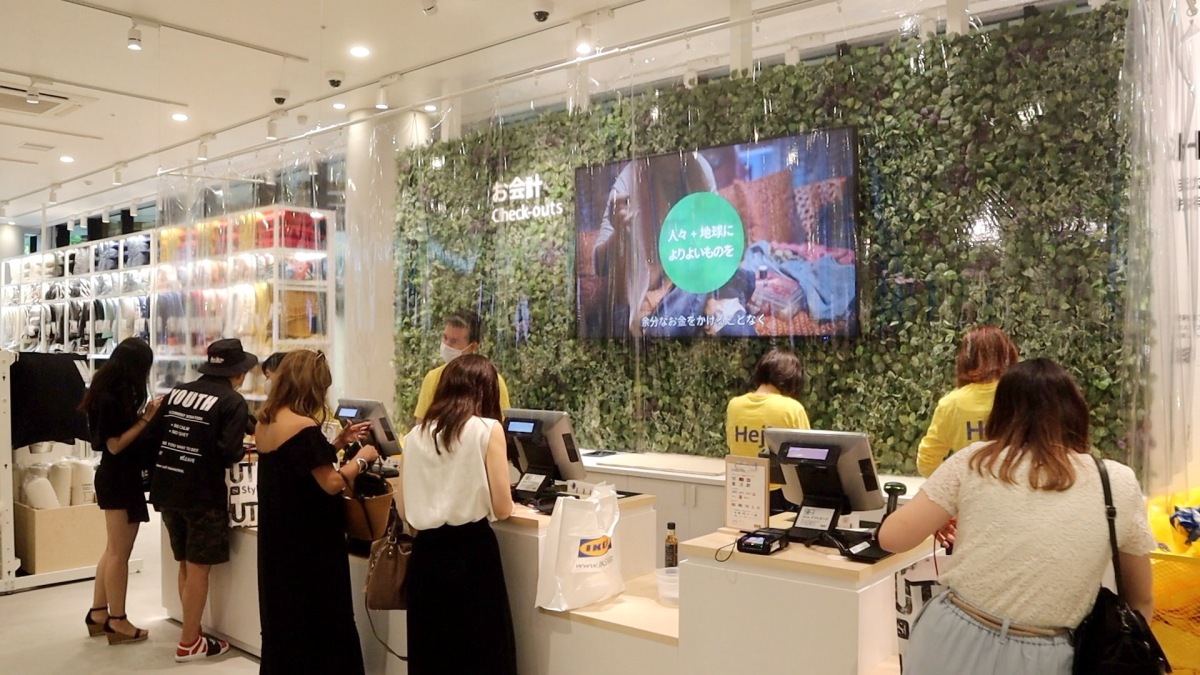 “You buy furniture. You tell yourself this is the last sofa I will ever need in my life. Buy the sofa, then for a couple of years you’re satisfied that no matter what goes wrong, at least you’ve got your sofa issue handled. Then the right set of dishes, then the perfect bed. The drapes. The rug. Then, you’re trapped in your lovely nest, and the things you used to own, now own you.”

I love Ikea. It’s full of stuff that I want for absolutely no reason, but It never used to be that way. I used to hate Ikea. With a passion. My mum would drag me there every so often to look at stuff for 5 hours… In a building with no windows, phone signal, or anything interesting to look at. For a 13-16 year old kid, I had to retreat to my happy place like a prisoner of war being tortured. I would probably feel the same way today if Ikea hadn’t added smart home stuff to their inventory because THAT is what drew me in. Then I noticed the death star looking lamp shade, the electric rising and lowering desk computer table, venus fly traps & cacti.

Now I find myself getting excited about one-peace stainless steel knife sets, low to the ground television stands, extra storage options for bathroom essentials and an extended list of of other perfectly boring, mundane and otherwise “grownup” things.

Ikea has had a bit of a love hate relationship in Japan since it arrived here in 1974. Unfortunately, Japan just wasn’t ready for the “do it yourself” flatpack furniture. Not to mention, Ikea did not do its due diligence in regards to how Japanese people live with furniture. Because Japan had very limited resources to make furniture in the past, Japanese people have grown up appreciating particularly high quality furniture that lasts for generations. Ikea’s cheap throw away furniture that you have to put together yourself just couldn’t compete in that kind of sector. As a result, in 1986 Ikea threw in the towel and left. However, after 20 years (and a lot of learning) Ikea is back for round two.

“These Swedish furniture designers sure have some far-out ideas. I mean, a green table! I wouldn’t have thought of that in my wildest dreams!”

We attended the debut of Ikea’s newest Ikea store in Harajuku. Not only is it the first Ikea store to open in Japan that is in a central location, it’s also the world’s first Ikea combini (convenience store). In order to manage the horde of people eager to witness this world’s first, we had to take a number. Every so often, the security guard would flip his sign around to display a new number and everyone with that number would be allowed in. Just in case you are shopping and don’t see that it is your turn, you would also receive a text/email to let you know.

“No, Bob! We have to go forward. It’s like IKEA. We can’t turn back” “Watch out for Swedish meatballs”

It’s literally across the road from Harajuku station and you cant miss it. It’s much smaller than the vast warehouse that usually springs to mind when you think of Ikea, but it’s still a hefty building. This Ikea has two floors. Entering from the ground floor and immediately to your right you will see the Swedish combini. It’s not a huge store, only a few fridges for drinks and a few frozen items. A couple of shelves for things like cookies, crisps, and pots of ramen made by Ikea. Like, a lot of ramen. A truly ridiculous amount of ramen. There were boxes and boxes of ramen stacked high and the shelves were full of it. There must have been a shipping error along the way and someone wrote 500 boxes instead of 500 cups of ramen. That or they thought Japanese people would literally start killing if they didn’t get their ramen fix. Or maybe they just hadn’t put it away yet… I don’t know. There’s also a really nice coffee shop and bakery, the cinnabuns looked amazing! The rest of the first floor is dedicated to beds, and storage solutions with a customer service section at the back. Floor two is, in my opinion, the star attraction.

“You know, this place looks great!” “Thanks man, it’s all Ikea. Did the whole place for 47 dollars.”

On the second floor there are cooking utensils, kitchen stuff, bathroom items and a few other things like ornaments, plants and bags. But what self respecting Ikea store wouldn’t have a place to buy a hot dog and drown it in ketchup and mustard once you have finished your Ikea excursion. This Ikea have taken that place to the next level. They have a very futuristic looking ordering station where you use the touch screen to order your food, pay for it, take the receipt and wait until your number is called. Not to worry though, because while you wait feel free to watch the four 72″ TVs displaying the various cooking stages of Switzerland’s answer to flat bread, Tunnbröd.

All in all, a great shopping experience. It seems that with a store like this, Ikea is really appealing to customers that just want small items for storage, bedding, a quick bite to eat, and a cup or 10 of Ikea ramen. There wasn’t really any focus on giant shelving or whole kitchens like the warehouses do. I have a feeling that this kind of Ikea will be popping up in many more locations around Japan.

“I don’t know how to tell you this, but there is a Chinese family in our bathroom.”